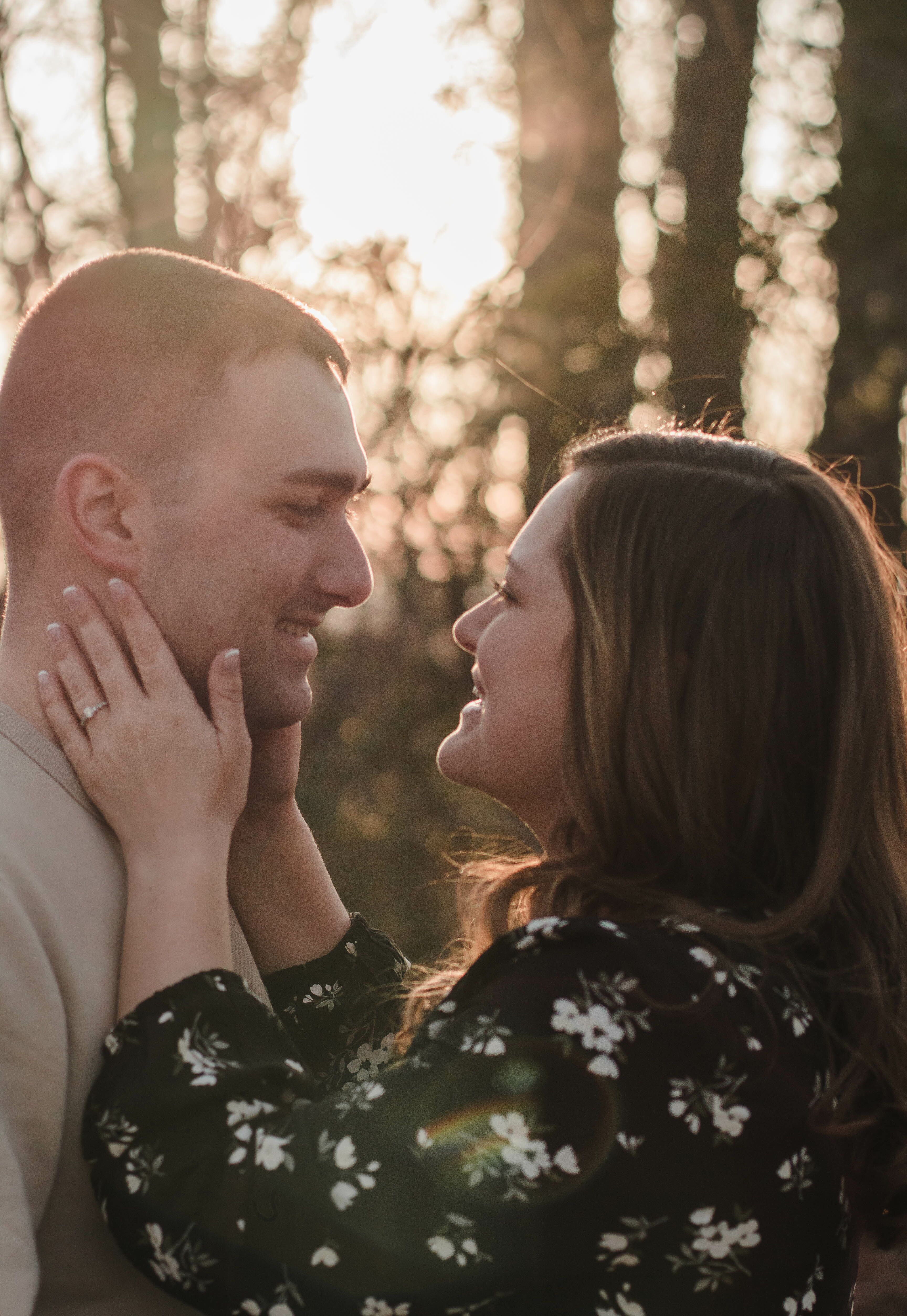 Neither of us ever thought we would meet our future spouse on a dating app, but that is how Tyler and I met. We matched on one app but were both too cheap to pay for it, so we were unable to message each other. God had another plan though, because a few days later, we came across each other on another dating app. We chatted for a few days before Tyler asked me on our first date.


Obviously, our first date went well, but our second date was when we both knew this was something special. After some competitive bowling, Tyler and I sat in a diner for four hours talking about anything and everything. Even our waitress left before we did. We only left because Tyler had to go to work.


After one of our first dates, when my mom asked me how it went, I remember telling her I was going to marry Tyler.


After a few dates, Tyler asked me to be his girlfriend on September 30th, 2019. We have been inseparable ever since.


Almost exactly four months later, on January 31, 2020, Tyler proposed. Tyler asked me to go to the park with him that night. I was a little suspicious because it was very cold outside. Tyler did a great job throwing me off though. By the time we arrived at the park, I was certain I had been mistaken and we just came to enjoy the pretty view. After admiring the view for a few minutes, Tyler got down on one knee and popped the question. It was a sweet moment that we will always cherish.


I never understood the phrase, "when you know, you know," until I met Tyler. From early on in our relationship, we both felt that God led us to one another and we were meant to be together.


We are excited to start our next journey together as husband and wife this October!


-Jen (with assistance from Tyler) :)