We've changed our plans! Instead of our original wedding, we opted for three smaller events in NJ, CO and CA to reduce travel of family and friends. You may receive invitations to one of the local events, or a virtual chat with the bride and groom. 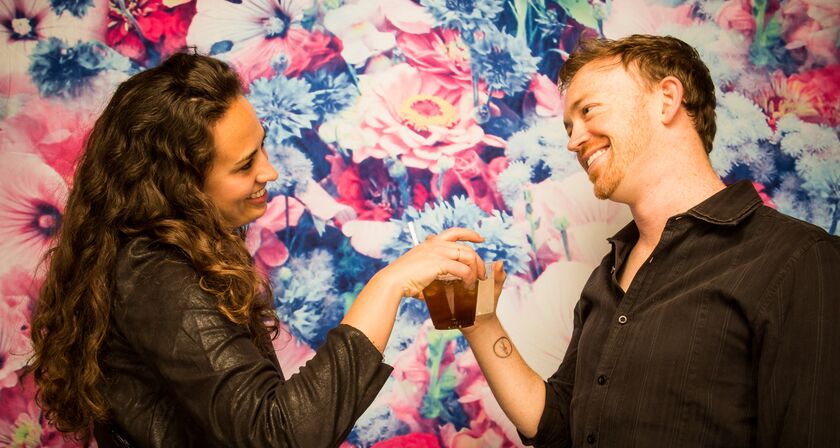 Shaun and Kelly met working at Planet Labs in San Francisco. After working together for three years, they decided to start designing and building more than satellites together. Since then, they have continued to work, build, and adventure alongside one another. 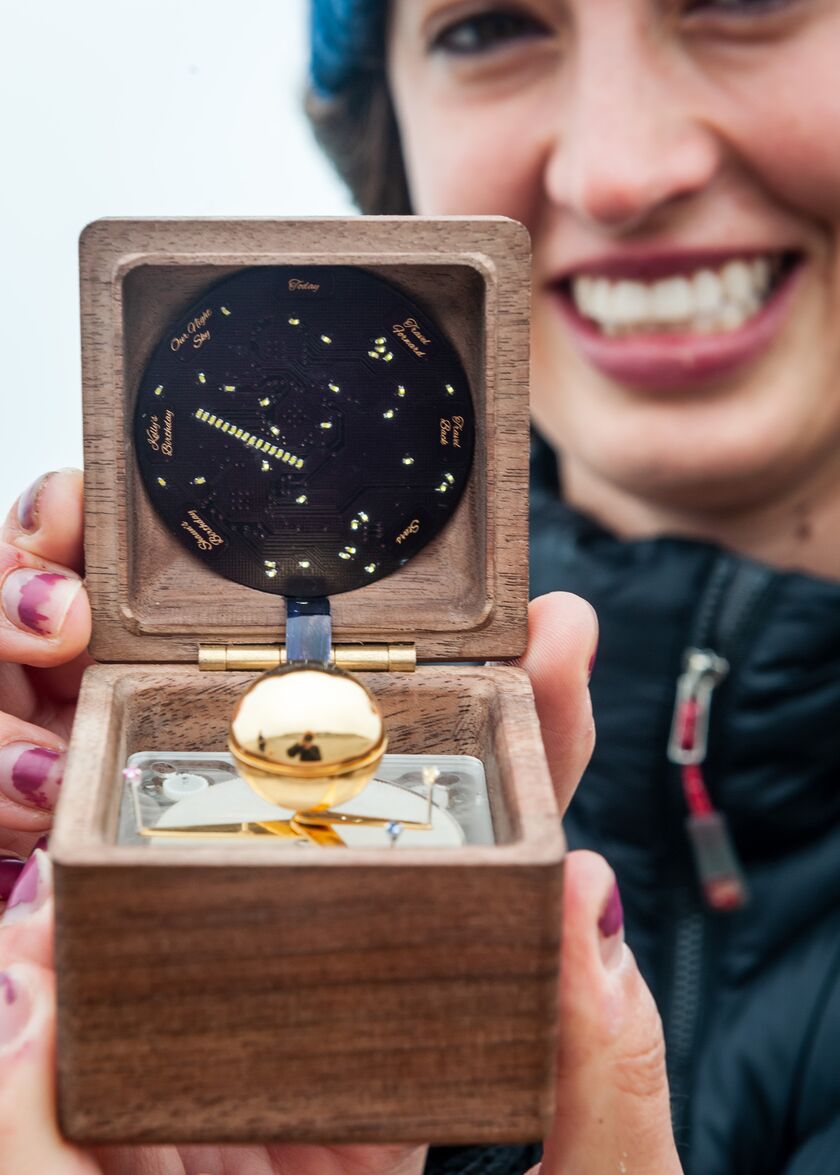 One early morning when they first started dating, a bored and jet-lagged Kelly woke up Shaun at 4am (7am on the East Coast), and they decided to head to the beach for some coffee. Since then, every first Tuesday of the month, Kelly & Shaun head to Ocean Beach before work to get coffee & pastries and walk along the beach.

On August 6, 2019, they head to the beach with their pup, Lemonade, and followed the usual traditions. They walked a ways down along the shore and were ready to turn around when Shaun got down on one knee and revealed one of the world's most wonderful robots.

Shaun opened a tiny box and revealed a fully-functioning orrery showing the four inner planets as little gems of different types all orbiting around a center half-sun and in the sun was a ring! On the top of the box was a circuit board Shaun designed with little surface mount LEDs. When the box turns on, there is a shooting star, and then the little stars twinkle in the shape of Kelly's favorite constellation, Ursa Major. This project took Shaun 2 years to make, and he managed to keep all of the details a secret from Kelly along the way.