Date To Be Announced   • Southbury, CT

Alex and I met in High School when we were 16 and 17 years old. Alex was a sophomore, and I was a senior! I asked him to my Senior prom, and the rest is history! The day we brought Seamus home from the hospital was the same day we went to senior prom 9 years prior! 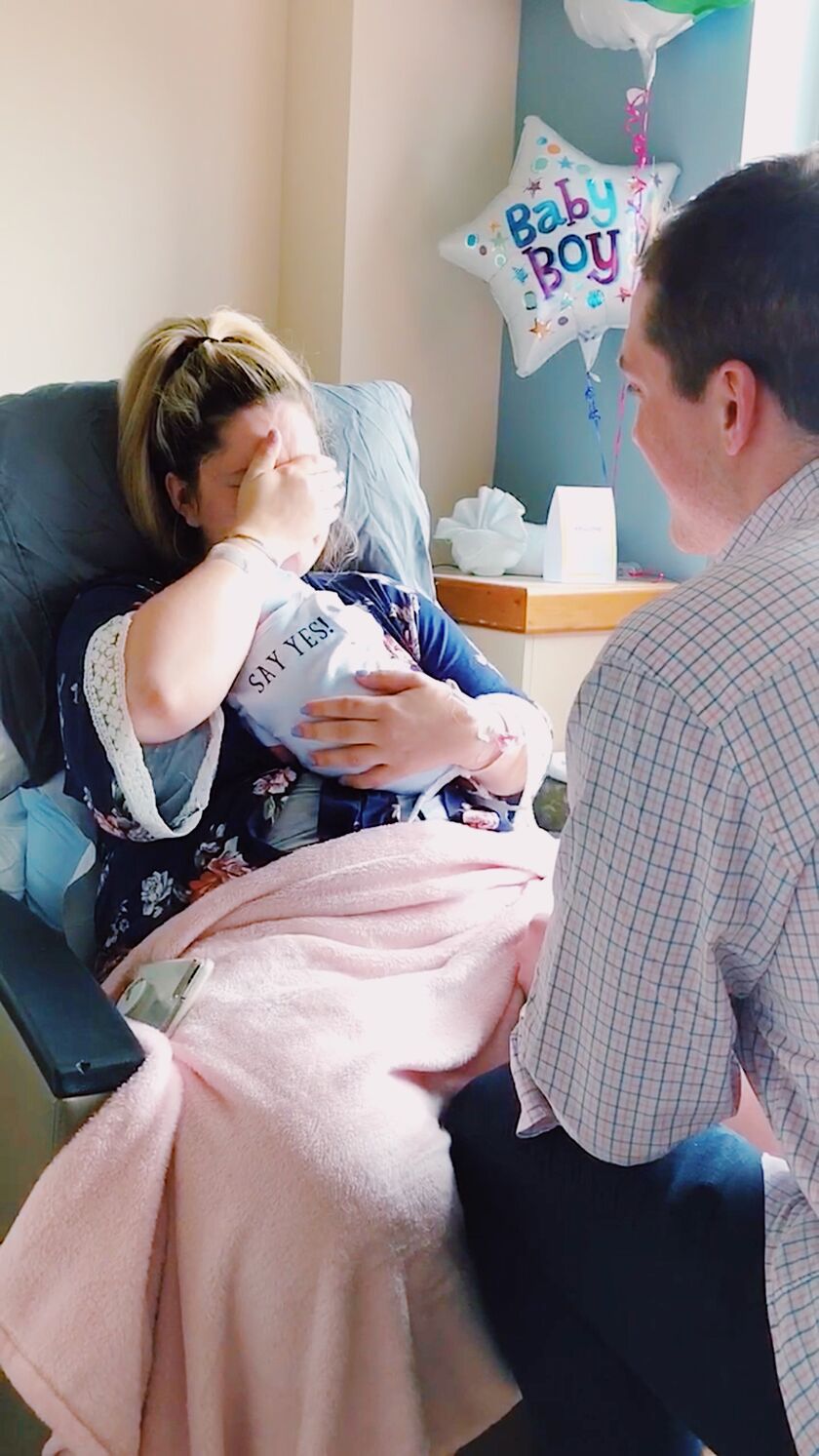 Alex and I found out we were expecting our first baby in September of 2017. Alex had a plan since we had found out to propose to me once the baby had arrived. After a long labor that ended in an emergency c-section we welcomed our baby boy Seamus on May 27th, 2018. The day after, May 28th, 2018, Alex had the nurse tell me Seamus was due for his hearing test so they would have to take him for a little bit. We had a bunch of family visiting at the time to see Seamus, and I was kind of bummed they had to take him while everyone was there. Little did I know they were actually there to witness Alex’s proposal! When Seamus was gone Alex and Seamus’ godmother Nikki made an excuse that they had to leave the room for something (now I don’t even remember what they said!) At one point I even asked where did Nikki and Alex go?! As I was chatting with family Alex was preparing what was going to be the best proposal I could have ever imagined.

The nurses and Nikki helped Alex put Seamus in a onesie that read “Mommy will you marry my daddy?”, and on the back said “Say Yes!” Soon Alex returned to the room wheeling Seamus in. He was wrapped in his swaddle, and Alex took him out unwrapping the swaddle, and handed him to me. I asked “what does he have on!?” This was the first real outfit I had seen Seamus in, and I hadn’t told them to put anything on him so I was confused.

When Alex handed him to me I read the onesie and immediately started crying. Alex got down on one knee, and said some sweet things about how he always knew he wanted to spend the rest of his life with me. Of course I said yes! The nurses said in all the years they had worked there they had never seen anything like it!! It truly was the best day I had my beautiful new son, and the love of my life asked me to marry him!