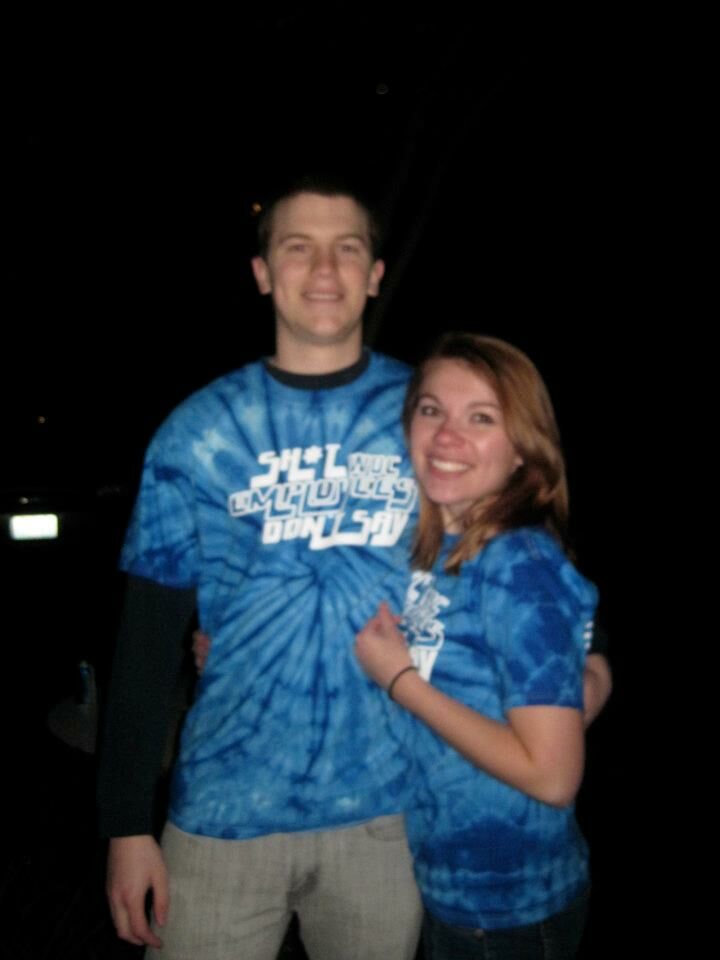 Ryan and Alyssa each graduated high school in the Spring of 2008 and began their continuing education at Illinois State University in the Fall. While they both had to take many classes in DeGarmo Hall, it actually wasn't their class schedules that lead them to cross paths...

Starting their Freshman year, they each obtained part-time jobs working in the dining facilities on campus along with hundreds of other students. Fast forward two years later (Spring 2010)... they found out that they would be scheduled to work together several times a week when they returned for their Junior year. When Ryan learned this, he wasted no time finding Alyssa on Facebook and sent her a friend request almost immediately! He appeared to have his sights set pretty early on...

Throughout their Junior year at ISU they became friends at work, seeing each other a few times a week and occasionally bumping into one another on campus. Their relationship evolved further as the school year went along. On May 20, 2011 they went on their first date.... and by the start of their Senior year, on August 8, 2011, they decided to make their relationship "official"! 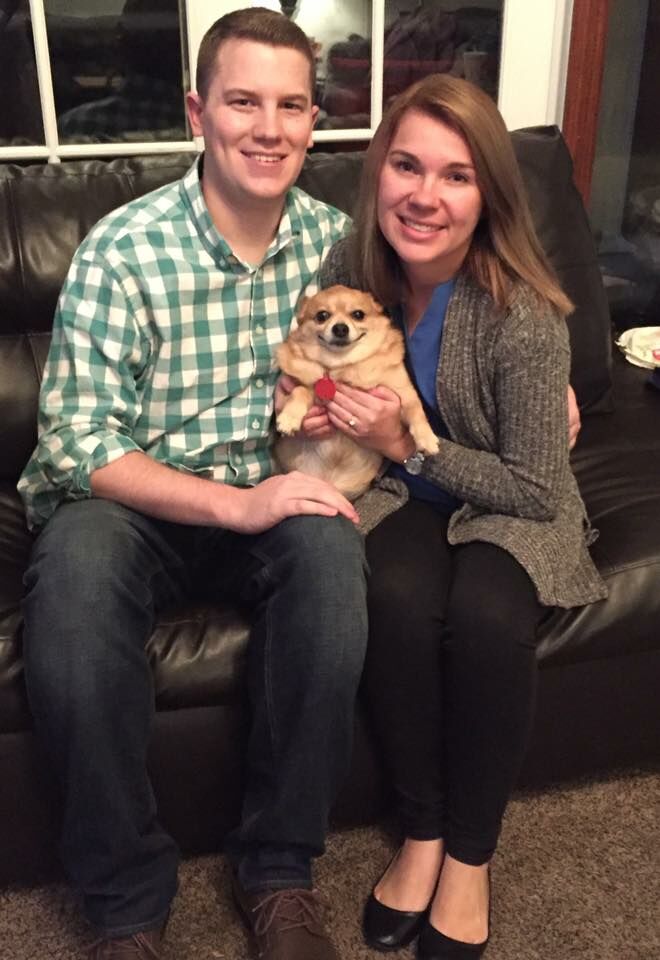 On Friday, October 14, 2016, Alyssa was running late from work (as usual) so she called Ryan to let him know she had finally left and was on her way home. Ryan's response was "Me and Parker are really excited to see you!" -- Alyssa thought his excitement was kind of unusual for a regular ol' Friday evening, but completely brushed it off by the time she got home. When she walked through the front door, Ryan insisted right away that she check out Parker's new dog collar (Alyssa had her hands full and didn't understand what the hurry was). He barely gave her any time to set down her things and kept insisting she look at Parker's collar. In hindsight, Ryan literally could not contain his excitement for what was about to happen. Alyssa didn't notice anything new about Parker and felt confused, but right as she began to ask Ryan what he was talking about, she spotted a sparkly little gem hanging next to Parker's dog tag , and when she turned around, Ryan was on one knee............... and you all know by now that she said YES! They called up their closest family and friends to share the great news and celebrated over Tacos and Margs at Friaco's (one of their favorite spots to eat)!

ABOUT THE HAPPY COUPLE 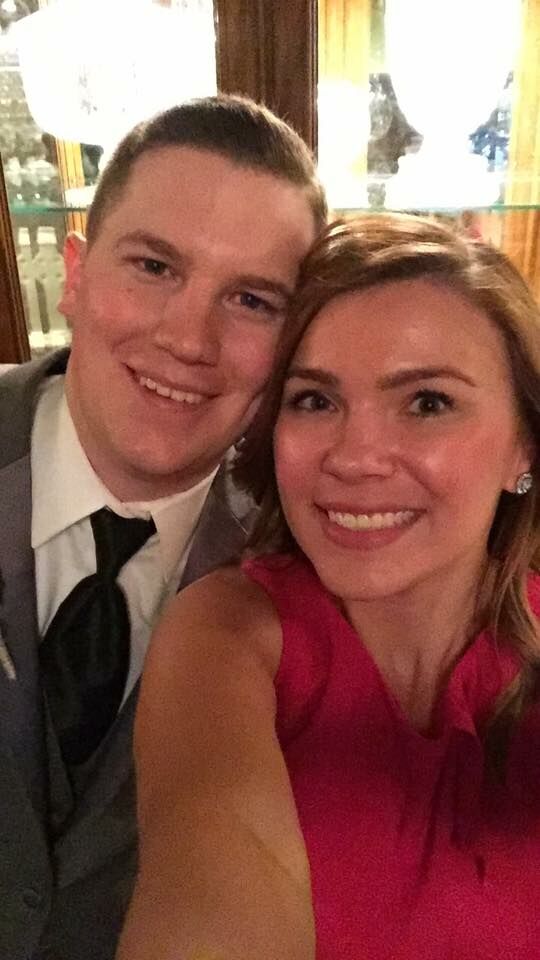 Alyssa Marie Rogge was born on September 6, 1989. She is the oldest of 4 and has 3 younger brothers. When she was about 4 years old, she moved from Hazel Crest, IL to the small farm-towns of Braceville, IL and later, neighboring Gardner, IL. She nearly spent her entire childhood/teenage years growing up "south of I-80" in a town surrounded by nothing but cornfields. She graduated from ISU in 2012 with a BS in Psychology and a Human Resources Management Certification. She currently works in Human Resources at A. M. Castle & Co in Oak Brook, IL.

Ryan Andrew Lindemann was born on January 31, 1990. He is [technically] the oldest of 3 with a twin sister and younger brother. Ryan was born and raised on the south side of Chicago, IL and spent his childhood/teenage years growing up a die-hard White Sox fan in the Mount Greenwood neighborhood near the hustle and bustle of the city. He graduated from ISU in 2012 with a BS in Education and Geography. He currently works for the FBI in Chicago, IL and is completing a Graduate Certification program in Applied Geospatial Sciences at Elmhurst College.

Small-town girl and City-boy happily reside together in Plainfield, IL with their crazy dog-children, Parker & Vixie!

Although we love your children we regretfully cannot accommodate them at our reception venue due to restricted seating. We hope you will see this as an opportunity to let your hair down and enjoy the party with us!

The Bride and Groom recommend arriving several minutes earlier than normal due to the [potential] high volume of parking associated with the Christkindlmarket at Naper Settlement.

The "I Do" Crew
Kate Wood - Maid of Honor

Friend of the Bride since Middle School

Friend of the Bride since High School

Sister of the Groom

Friend of the Bride since Grade School

Friend of the Bride since Middle School

Cousin of the Bride

Friend of the Groom since High School

Brother of the Bride

Friend of the Groom since Grade School

Brother of the Bride