Our Story - As told by Adam 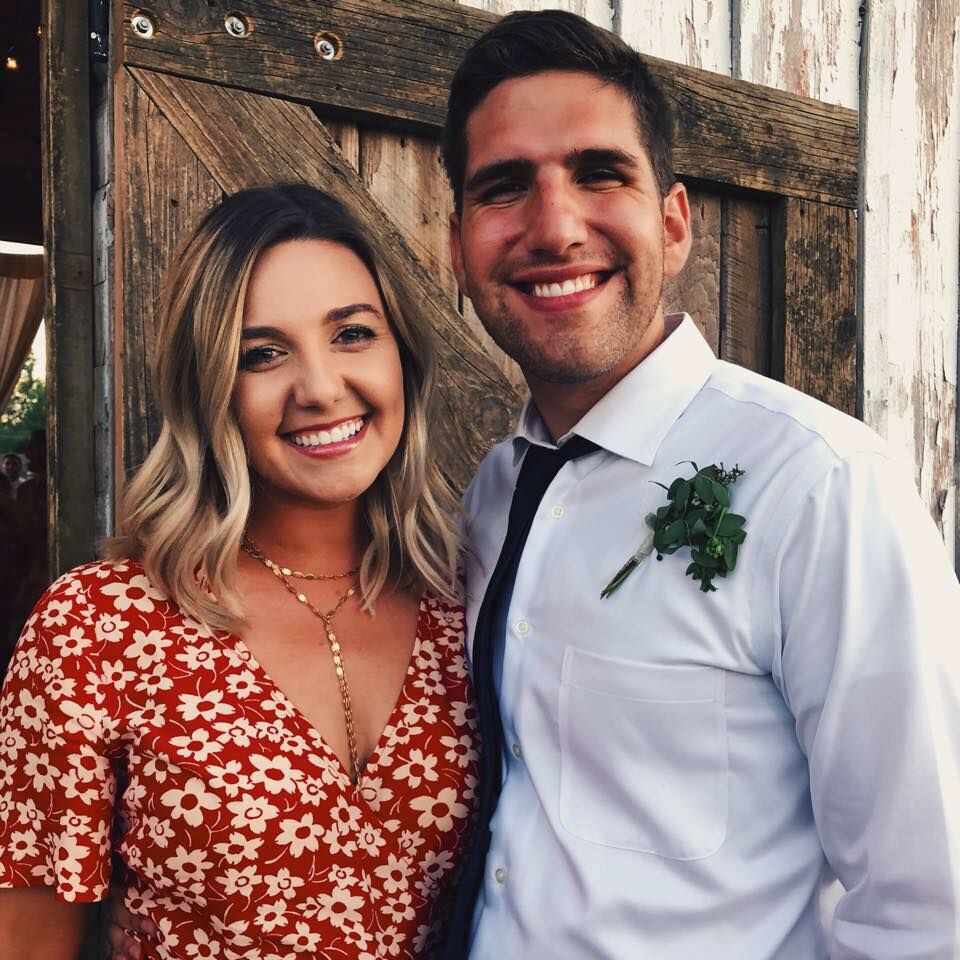 I met Caroline on the first day of college. It was the start of freshman year at the University of Missouri. We were both in unfamiliar territory.

Coming from Michigan, I knew no one at Mizzou. On the first day of school, I was determined to meet someone-anyone. I needed a friend. I made my way from oversized lecture hall to oversized lecture hall, feeling lost in the sea of faces. The last class of the day was my last hope-Spanish class.

Spanish was different from my other classes. There were only about a dozen seats. I was ready to really make some new friends. I sat next to Caroline and said hello. That's all I really remember.

About a week later, I noticed Caroline in another class. A large lecture hall. Sociology. She was sitting in the front row (nerd). Spanish was the next class to go to. I walked up to her after the class ended and asked if I could walk with her.

"Sure, is it cool if my boyfriend joins us too?" she responded.

Caroline and I were still fast friends. She, like me, came from out of state. We got lunch a few times after Spanish class. Eventually, she broke up with her boyfriend. I liked her- a lot. Things seemed to be lining up.

In December of our Freshman year, I decided it was time to make my move. I invited Caroline to a party a friend was throwing. This was my chance to make a move. It was the end of the night. The stars were aligning. Everyone was gone besides her and I.

"No thanks," she replied.

Instead of ruining things or making them awkward, this moment sent Caroline and I back to being "just friends". I figured that's the way it'd always be. The girl I had a crush on, who thought of me only as a friend.

This is the way things were for another ten months. Until in the fall of our Sophomore year. It was then Caroline told me she liked me back, and told me she'd consider being more than friends.

I had one shot. I didn't want to blow it.

"I think we should just be friends, Caroline," I said.

WHAT ARE YOU DOING YOU BIG DUMB IDIOT

Honestly, if you're still reading this, congratulations.

The good news is I called Caroline shortly after that and told her I was stupid, and that I did like her. The rest is history.

Caroline is my best friend. She makes me laugh, and laughs at the things I say, she holds me accountable, she shows me music, she pushes me, I push her. For the last four years, I couldn't imagine spending time with anyone else.

I am so excited to spend my life with her.