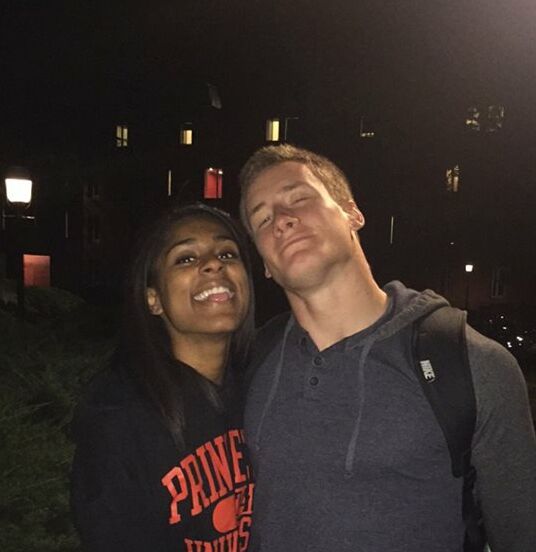 Erica first noticed Seth in a class they took together at Princeton her Freshman year, when he got up in front of the class to play guitar as part of a class project. Seth first noticed Erica in the congregation while he was leading worship at a local church across the street from campus. They grew to become good friends through Princeton Faith & Action, the campus ministry in which they both served. It was after one of PFA's weekly meetings that Seth asked Erica out on their first date. A few months later, on May 10, 2015, Seth asked Erica to be his girlfriend and they have been best friends ever since. 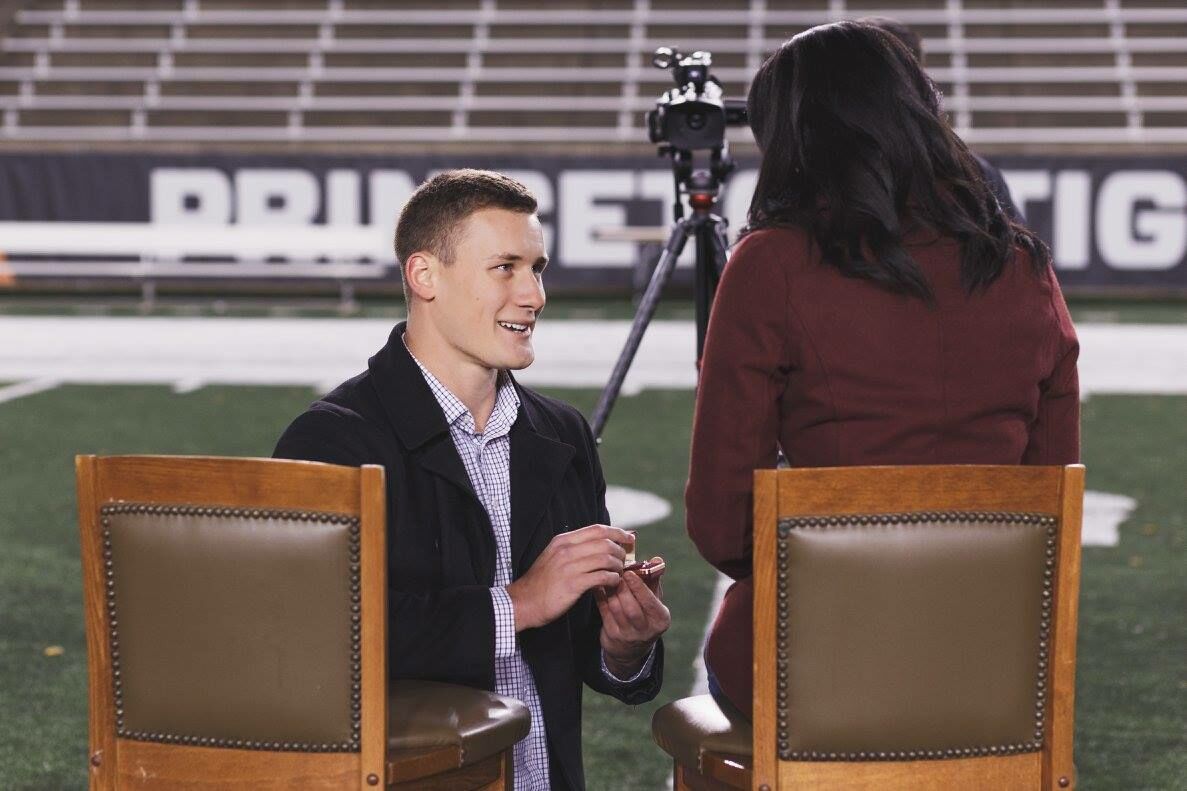 During our conversations about getting engaged, I learned that Erica wanted the proposal to be videotaped and photographed, as well as what kind of ring she always pictured wearing. Being in Cleveland for most of the year during football season, I knew it was going to be difficult to propose to Erica in her hometown, but with our desired wedding time being summer 2017, I knew I needed to find a way to get to NJ before the season was over. I bought the ring in Philadelphia before our opening game against the Eagles, and waited for the opportunity to arrive for me to get back to NJ. That opportunity presented itself after the Brown's Thursday Night game in Baltimore, following which we were given two consecutive days off. Leading up to this time, I had convinced Erica that Princeton University was waiting for an opening in my schedule to get me back to campus to film a short documentary to be used for recruiting purposes (which was 100% untrue). Somewhere along the way I also convinced her that the producers wanted to talk to her as well to get her perspective of our time together on campus. The plan was to arrive on campus for the "documentary", which I had arranged to be filmed in Princeton's stadium at night with the stadium lights on, and turn it into a proposal. This plan allowed for Erica to dress up for a special occasion (because what girl wouldn't if they knew they were going to be on camera?) without being suspicious of anything. Everyone was in on it except for Erica, who had no idea what was actually going on. With the photographers hiding in the stands, the producer asked a few questions and then asked how we met. At that point I told the camera the story of how we met as the photographers snuck onto the field from behind. I told our story up to the present day and then got on one knee and popped the question with the camera rolling. It was a great way to have many memories of such a special day for both of us. Erica was speechless and elated, as was I (as well as being quite relieved that she was actually surprised). We had a big party on campus afterward to celebrate.