All About The Big Day
Attire: Festive but casual. Sveadal's an outdoor venue, and the ceremony's in the afternoon, so you might want to avoid tuxes and super high heels. Unless that's your thing.
Ceremony and Reception
Sveadal
8220 Croy Road, near Morgan Hill, California

Schedule for the big day:

FAQ
I forget, when is it again?

How do I get there?

From San Francisco/SFO: head south on 280, take CA 85 S towards Gilroy, exit on the Almaden Expressway, and make your way to Croy Road. You'll know you've arrived when you pass under the big Sveadal gate.

From San Jose/SJC: head south on US-101, take the Bailey Avenue exit, and make your way to Croy Road. Look for the Sveadal gate.

From the East Bay/OAK: head south on 880, and take the exit to 101 S, and then look for the Bailey Avenue exit. From there you'll make your way to Croy Road, and Sveadal.

There's an RSVP button on the main page under "All About the Big Day." When you click on the button, you'll be prompted to add your name, hit "accept" or "regret," and then enter your meal option (there's only one category, it's BBQ and encompasses all the options). You can then RSVP for the rest of the members of your party as listed on your invitation.

We've worked really hard to include all of our most important people and would love to spend as much time as possible with each of you. Unfortunately, this means we can't accommodate extra guests. If you have a question, please email us at [email protected] Thanks for understanding.

But what about the children?!

Kids are welcome! (Though if you want a break from them, this shindig is a great excuse to get a babysitter and ditch the children.)

Sveadal's a very kid-friendly place but it's also big, so you'll need to keep an eye on them.

What should I wear?

Sveadal's a low-key outdoor venue, so you'll probably want to leave the ball gowns, tuxes, and stilettos at home. Days are usually hot, while the nights get chilly, so you may want to wear layers that you can pull off and on. We want you to be comfortable and have a blast!

Should I bring a swimsuit?

Our Story
The saga of Ryan and Juli 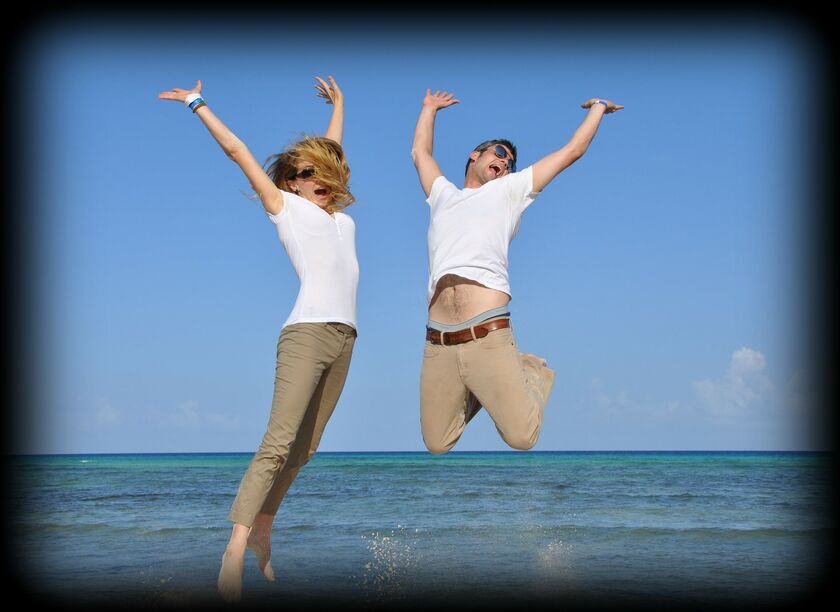 Juli doesn't remember the first time she met Ryan, but she does remember the second time they hung out, at a Chonchos de Monte concert in Monteverde. They talked of comic books, their favorite Wait Wait... Don't Tell Me panelists, and probably some other stuff. And thus a friendship was born (even though, let's be honest, Ryan was sort of into Juli by that point).

They returned to northern California to finish college (Juli at UC Berkeley, Ryan at UC Santa Cruz), and for some reason they decided to date other people. Still, they remained friends and went to concerts in Golden Gate Park, comic book signings, rum tastings, and even took a dip in the Bay one deceptively warm January morning (remember, they were young and slightly foolish). Ryan even came to Sveadal, played in the Renters vs. Owners basketball and baseball games, and learned to love pickled herring.

Eventually they came to their senses and, appropriately enough, had their first kiss outside Isotope, the best damn comic book shop in SF. They started dating, and a few months later Ryan moved to Nashville to start graduate school. Soon after, Juli joined him. They highly recommend moving to Nashville for any reason. Be sure to try the hot chicken.

By 2012, Juli had a masters in Museum Studies and Ryan had a masters in Paleontology. What next? Clearly, a move to Wyoming, was in order. There, Ryan started on his PhD at the University of Wyoming while Juli made murals for the geological museum. The two of them launched themselves into the great outdoors, and Juli discovered roller derby.

But then! Juli got a job at the Smithsonian Institution, and moved all the way to Washington, D.C. to work with fossils (even though there are plenty of perfectly good fossils in Wyoming). So there our love-birds were, torn apart by distance. But they loved each other, they'd learned much from their years together, and they knew how to use Skype, so they made it work.

By this point, Ryan had decided that it was high time they got engaged. So he laid a plan. He booked a holiday at a cozy cabin in the woods in West Virginia in the middle of winter (more romantic than it sounds). On Christmas Eve 2013, he set a ridiculously high bar by giving Juli a sloth necklace and a pair of sloth earrings. On Christmas morning, he topped it by presenting her with a ring. She, of course, was very awkward about it (this is why Ryan wisely had sequestered them in a cabin in the woods; you see, he knew her well). But fret not, for she said "yes!" They kicked off 2014 by telling their good news to all their friends and family, and there was much rejoicing.

With that, they promptly proceeded to forget about wedding planning for a full year.

Karly grew up in the cabin next door to Juli, which means she's known the bride longer than pretty much anyone. This gives her special privileges (e.g., dibs) and titles (such as "empress," "Dave," and honorary mother). It's taken a decade for Juli and Karly to recover from the glory of their last international trip, but they've begun talks for the next one—after the honeymoon, of course. Until then, Karly's the account coordinator at Iron Creative in San Francisco.

Liz has known Juli since elementary school, but it took them till the post-college years to form the 15th street crew. This fearsome group held many a serious brunch, taming hoards of foster kittens and roaming the streets on piggy back. Liz now lives in New York, where she is getting a doctorate in piano wizardry, but from time to time she and Juli return to SF to check on their city.

French American International School. International High School. UC Berkeley. Rocket Lawyer. That's right, Sasha and Juli not only went to the same schools, they worked at the same company after graduation—in fact, Sasha got Juli her job. If anyone's put in the time and effort and deserves to be part of this wedding, it's Sasha. And if four years at Cal weren't enough, she's going back this fall for a masters in Information Management and Systems.

Fun fact: Juli once dyed her whole head blonde just for Sasha, because the latter insisted that the former had been blonde as a child (clearly she was confusing Juli with Zander).

Tanya and Juli met in high school and quickly bonded over musicals, Prairie Home Companion, dancing, and staying up late drinking tea. Yeah we're dorks, deal with it. In the years since, we've always kept in touch despite a number of big moves—after stints in China, France, and NYC, Tanya's now based in Chicago. Seriously, catching up with her is like playing "Where in the World is Carmen Sandiego." Anyway, Juli's thrilled that Tanya's taking one more big trip to Sveadal to be part of this wedding.

Jesse and Ryan met in a class about comic books while at UCSC (because of course Santa Cruz has a class on that). Once Ryan got Jesse to wear an actual belt instead of an extension cord, they were able to become friends. They quickly bonded over their shared passions for comics and trying every Mexican restaurant in Santa Cruz (no small feat). Once they grew up (sort of) Jesse went off to attend law school at Northeastern University in Boston, MA, where he now works as a public defender.

Patrick was the TA for several courses Ryan took as an undergrad at UCSC. He tried to get Ryan to learn all the bones in a fish's skull, but Ryan still did very poorly on that quiz. Soon after that course, Ryan wound up working in Paul Koch's lab, where Patrick was getting his PhD. They wasted a lot of hours discussing other people's science instead of working on their own, and watching trailers for upcoming movies, even if they rarely ever saw the movies once they were released. It was Patrick's idea to funnel this energy into doing a podcast, called Science… sort of, which they started together in 2009 and have been doing ever since. Patrick currently works for the department of defense in Virginia not far outside Washington, DC. Unfortunately, Patrick is not able to attend the wedding, but he'll be there in spirit.

Charlie and Ryan first became friends when Charlie gave Ryan some juice when he wasn't feeling well. Ryan has never forgotten this small kindness. When Patrick suggested that Charlie be brought in as a full time co-host for Science… sort of, Ryan eagerly agreed. Charlie is one of the coolest cats Ryan knows, and currently works as an assistant professor of environmental science at Western Washington University.

Abe was one of the first people Ryan met when he visited Vanderbilt University to interview for their Masters program. Ryan decided to attend anyways. The two bonded over craft beer, mountain biking, and staying up late to converse over fine tequila on the back patio. Ryan often hits up Abe for help whenever he needs to write something in Spanish or make a quick friend in Iceland—and Abe is always right there to help. Presumably, Abe gets something out their friendship too. Abe just finished his PhD studying volcanology at Vanderbilt University.

Dan and Ryan met in 11th grade when Dan's family moved to Charleston, WV from Utah. They became fast friends based on a mutual love of doodling in physics class (for which Dan was praised and Ryan was yelled at based on the overall quality of the doodles) and laughing about how funny it would be to uppercut a spitting cobra. Dan was the first person to take Ryan climbing, but neither of them thought to get Ryan climbing shoes. Ryan kept climbing though, and one time with the help of Justin convinced Dan to climb into the school's ventilation system, but that's a story for another day. Dan currently works as a software engineer developing code for electron microscopes.

Justin asked Ryan to run for student council in 10th grade to kick out a dude he didn't like. Ryan said sure and proceeded to develop a campaign, mostly around rewriting the speech from Braveheart to give during the campaign assembly (in a makeshift kilt with blue face paint of course). Ryan won and he and Justin have remained close friends since. Their antics around the halls of George Washington High School are legendary (in their own minds at least), including that thing where Dan wound up in the ceiling. Justin is a PK^2, because both of his parents are Presbyterian Ministers, works at a tour guide in the French Quarter of New Orleans, and has won several golden shovels from the West Virginia Liars Competition (seriously), so Ryan and Juli could think of no one more qualified to stand at the altar and declare them husband and wife.